Our history | History of "ARSENAL" and brief description of its activity
"ARSENAL" Jsco. is a modern infrastructural plant specialized in machine-building and the production of small arms and artillery systems, ammunition, powders, primers, pyrotechnic products, hard- alloy tools etc. Its history dates back to the beginning of 1878 when, by Decree of prince Dondukov in Rousse was established a special factory for the needs of the newly created Bulgarian army - Artillery Arsenal of Rousse. 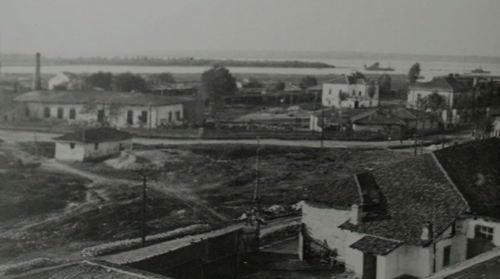 Till 1884 Russian officers act as managers of this Artillery Arsenal. On 28.02.1884 Prof. general Simeon Nikolov Vankov was appointed as the first Bulgarian director of the factory. 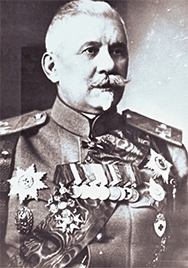 At the beginning of 1891, by Decree No 10 of prince Ferdinand the factory was transferred in Sofia and so was established the Sofia Artillery Arsenal with General Stefan Belov as chief.

In 1924 by the Decree of tzar Boris the III and by law adopted by the XXI Regular National Assembly, due to strategic reasons the factory was moved to Kazanlak under the name of State Military Factory. 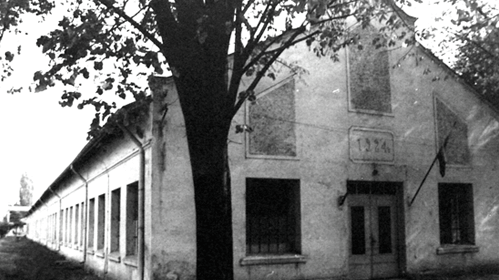 The law established its basic function -"to produce and repair all military equipment necessary for the army, the police, the border troops and all state security organs, as well as the testing of new models". Besides the rifles, pistols, cartridges manufactured at the Sofia Artillery Arsenal, for the first time in Kazanlak were produced primers, gas masks (1927-29), double-base and single-base artillery powders (1936-42), brake recoil fluids for the canons and the production of artillery projectiles was modernized.

In the course of the years the factory was enlarging, renovating and developing to become a considerable part of the national economy.

After the World War II started the production of new articles of primary importance for the country - three-furrow ploughs, disk harrows, batteries, diesel engines, electric motors, as well as the repair of optical systems and the production of the first lathes and vertical milling machines. 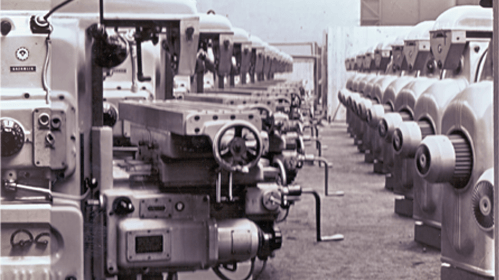 TSince 01.04.1947 by the Decree of the Council of Ministers the State Military Factory became a self-supported economic unit. By Decree of the Council of Ministers of 30.12.1948 the Military plants in the country merged into a special State holding "Metalchim" and the State Military Factory-Kazanlak passed from the Defence Ministry to Ministry of Industry and crafts under the name of "Factory-10". 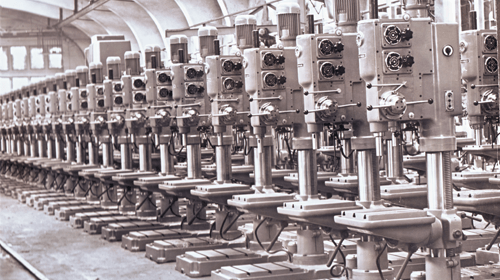 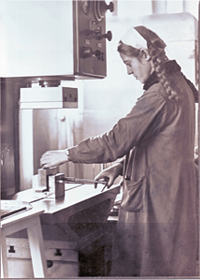 Later on were created the conditions for designing and serial manufacturing of other machine-tools with high technical and economic parameters-a large range of milling machines, special purpose machines, units etc.
On 01.12.1960 started the production of hard-alloy inserts.

By Decree of the Council of Ministers from 10.08.1964 the factory was renamed to United Industrial Plant "Friedrich Engels" and became a powerful centre of the national machine building and the military industry. In this connection the factory adopted a new structure divided into seven independent factories.
In 1966 on the area of IPP "F. Engels" was performed the assembly of cars "Bulgar Renault-8"bulgar reno and started the production of anti-tank recoilless systems 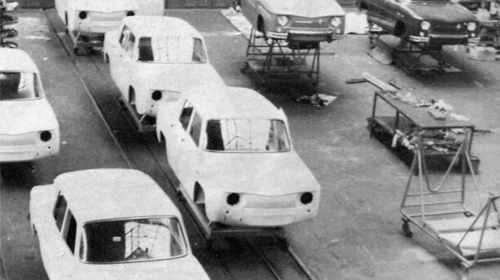 In 1967 started the Development Centre , which in 1984 grew into an Institute for Machine-tools.

In the course of the following period were introduced new production facilities as follows:

From 1977 till 1989 the factory was known in Bulgaria and abroad as "F.Engels" Machine Building Plant. The machinery fleet is continually improved and modernized thus enlarging the possibilities for a wider scale of production. Simultaneously grew the number and the qualification of the specialists.

All that was a premise for perfecting the licenced production, design and serial production of new products: 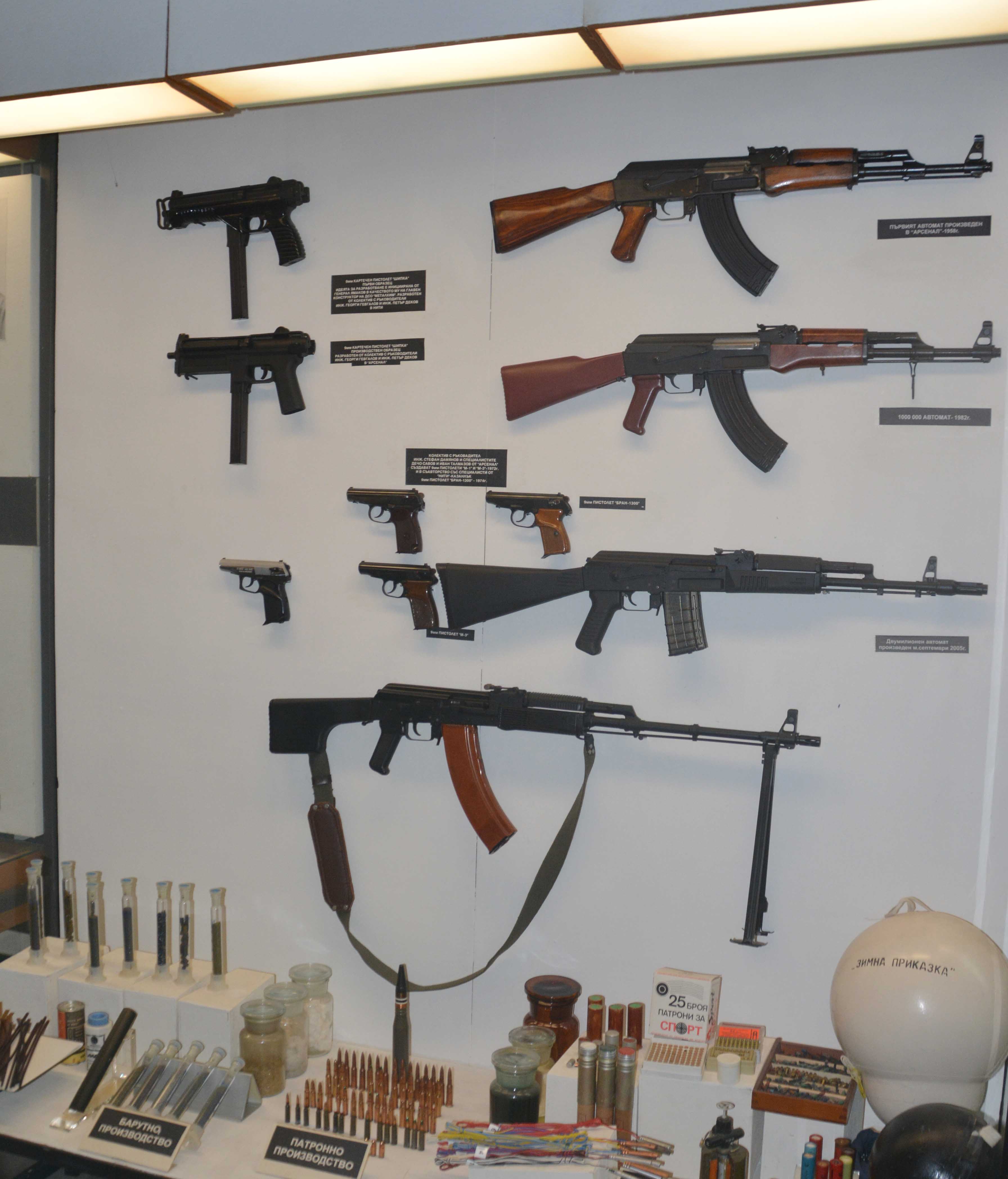 A Factory for syntethic diamond was opened in collaboration with specialists of the Institute for Ultrahard Materials-Kiev.

Our company has demonstrated a rapid adapting to the new market conditions and orientation to the NATO structures and the EU, adopting the armament systems according to NATO standards. Since December 5 the factory has become a limited liability company "Arsenal" Ltd. with the following object:

From 03.12.1999 Arsenal is already a Joint-Stock Company with broad-scope, versatile activity. The new European and Euro-Atlantic orientation of the Republic of Bulgaria determines the new directions in manufacturing and trade. The company’s quick adaptation towards the new market conditions insist for implementation and manufacture of new products. Concordant with products that traditionally had been implemented into production, in the time period of 1989-99 there had been developed and implemented new production technology and articles:

All developments for manufacture of special purpose products, manufactured by the experts of Arsenal, are protected at the Bulgarian Patent Office as objects of intellaectual property. That is why the products bear the trade mark “Arsenal”, which is an internationally protected trade mark.

The product range of new and versatile products is being expanded and enriched constantly. Through the many years of its existence the “Arsenal” company have designed, implemented and manufactured production with various intended uses that in the years that followed have turned into mainline produce for other newly-created enterprises of the national industry /accumulators, diesel engines, electric motors, radiators, springs, synthetic diamond, etc/. Thus, Arsenal, besides being a founding father of the Bulgarian defense industry, also sets the grounds for the development of a number of enterprises in the country that had taken an important place and that still hold their place in the national machine building.

In the present day the "Arsenal" JSCo is a large scale manufacturer of small arms and artillery systems, ammunition, powders, primers, pyrotechnic products, sporting and hunting rifles and the respective ammunition for them, hard-alloy inserts and tools, casts, die formings, etc. Arsenal – an enterprise with traditions in the product design, manufacturing, engineering and trade with civil and special purpose articles.